IAPMO and the NSPC: Stronger Together

I’m thrilled to inform the membership that IAPMO has acquired all rights to the National Standard Plumbing Code (NSPC), which was previously owned by the Plumbing Heating Cooling Contractors, National Association. The NSPC continues to be used in the states of New Jersey and Maryland. I had the pleasure of serving as the Secretariat of the NSPC. The code was originally adopted in 1977 when the New Jersey Department of Consumer Affairs was established. It continues to provide enhanced health and safety requirements for plumbing systems. The past two editions incorporated an appendix that includes IAPMO’s Green Plumbing and Mechanical Code Supplement for promulgating water and energy conservation provisions.

The NSPC is a very good code and is similar to the UPC. IAPMO has no plans, at this time, to withdraw the NSPC and, in fact, has plans to enhance the code support services in New Jersey, Maryland, and other jurisdictions using the NSPC. We also do not have plans on changing the code development process or the code development committee. We will publish the 2018 and 2021 editions, and at some point speak with the industry in New Jersey and Maryland to decide on the continued development and implementation of the NSPC.

These past seven months have been extremely useful in that the outcome of this agreement is a win-win for the industry and organizations in New Jersey and Maryland. By the time you read this article, IAPMO will have taken over the sales support obligation and will house the prior editions at IAPMO’s World Headquarters – West warehouse in Ontario, California. IAPMO will make preprints of the 2018 edition available to adopting jurisdictions in New Jersey and Maryland. I want to reiterate that we will continue to sustain the ongoing development and promulgation of the NSPC.

On the international front, construction is about to begin on IAPMO R&T Oceana’s new offices and plumbing and gas appliances test laboratory in Narre Warren, which is located southeast of Melbourne. In the leadup to the construction of our new water research center, IAPMO recently acquired HRL which is a gas appliance test lab. This acquisition will facilitate IAPMO’s well respected gas appliance certification program that’s used as a basis for regulating manufacturers and the use of gas appliances throughout Australia.

The facility at Narre Warren will be shared between IAPMO R&T Oceana and the Plumbing Industry Climate Action Center (PICAC). PICAC is a plumbing and mechanical apprentice and journeymen training institute that is leading the industry in Australia in training future tradesmen and women. This joint venture between IAPMO and PICAC permits apprentices and journeymen to learn about performance testing and the process of code and standard development applicable to our industry. Construction will begin in September 2017 and we are slated to occupy the offices and lab by December 2018. PICAC will immediately begin training at this location and our collective interests will be furthered by demonstrating many water and energy conservation techniques. We’re thrilled to bring this new world class facility online toward the end of 2018. 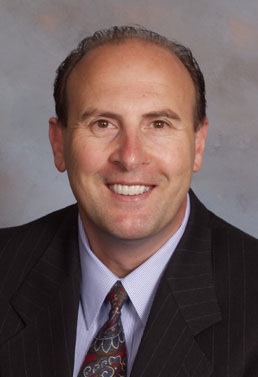 FACES OF THE RPA